“Kevin blows up a storm but leaves plenty of room for the rest of the band to show their stuff too. Nobody holds back…these guys kick butt!!” - Twelve Bar Rag, Suncoast Blues Society (FL) 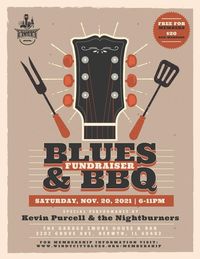 Come out to support the Windy City Blues Society for their Blues & BBQ Fundraiser with a special performance by Kevin Purcell & The Nightburners.

Come on out to a night that is sure to rock and for a great cause!

WE'RE BACK ON STAGE FRIDAY NIGHT NOV 12TH to reignite the stage at Durty Nellie's after 2 decades, returning to our old stomping grounds where we played to sold-out crowds all through the 1990s. The Nightburns shows were so popular back then, that more than a few times, the Palatine Fire Department showed up to clear out the overcrowded concert hall!

We'll be playing some of our original tunes, as well as all the classics you know and love, Plus A Slew of New Songs You're Sure To Dig.

And if that wasn't enough...

OUR BACKBURNER HORN SECTION WILL BE JOINING US ON STAGE... Mitch the Lip on Trumpet and Rob Calabro on sax for a night of smoldering blues with a Rockin' Horn Section!!!'

So Make Your Plans to Be at DURTY NELLIE'S Friday Night November 12th! See You There!

Nellie's Gastropub & ConcertHub Stage. Nellie's has been a friendly, neighborhood tavern since 1972. Serving the Palatine community for over 45 years, this new location opened its doors in 2003! Nellie's is also known for the most extensive beer selection in the area.

Kevin Purcell & The Nightburners with the Backburners Horn Section will rock the night in Bang's Lake as we celebrate another year around the sun for our fearless leader, Kevin Purcell! 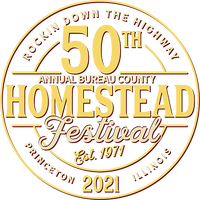 Food, beverages, and spirits provided by Princeton Park District. Get your blues on from 4:30pm to 6:30pm.

Highwood will transform its Downtown into Nashville’s Honky Tonk Row for the 4th Annual Nashwood.

The 10th Annual Little Bear Ribfest is returning to Vernon Hills on August 20th and 21st. We have put together another amazing line-up of award-winning blues music including KEVIN PURCELL AND THE NIGHTBURNERS, in addition to several restaurants serving their most delectable ribs and side dishes. Our bourbon bar is back this year in addition to our beer tent serving your favorite brews. Grab your lawn chairs, head to Century Park, and enjoy this fun festival along the shores of Little Bear Lake.

Tickets are $5 for individuals over 5 years old are available for purchase at the event gate on festival dates. Proceeds from Little Bear Ribfest support the Park District’s Family Scholarship Fund. 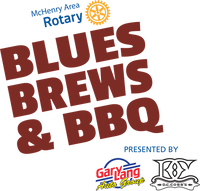 will be rocking the stage at Peterson Park as the Headliners for their 10th annual event! 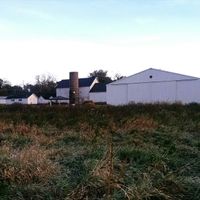 The Broken Spoke is excited to welcome back the iconic Kevin Purcell and the Nightburners!

If you haven't seen these guys you are in for a treat! Multi award winning, fan favorites Kevin Purcell & The Nightburners start at 1 pm rain or shine! Rumor has it he's bringing the horn section! 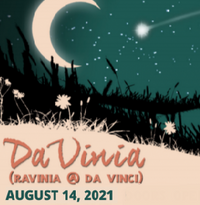 Come out and enjoy a date night with an evening of music! This adults-only live concert on school grounds will feature three incredible acts, made up almost entirely of DVWS teachers and alumni parents who moonlight as favorite local crooners as well as our very own Kevin Purcell and The Root Doctors!

Your favorite blues band will be playing some of our original tunes, as well as all the classics you know and love, plus a few new one's you're sure to enjoy all on the scenic shores of the Fox River. 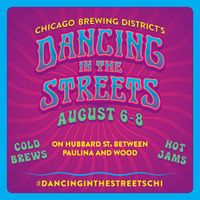 JUST ANNOUNCED: ROSE HILL REVIVAL - The Ultimate Allman Brothers Tribute will be performing at this year's Chicago Brewing District’s #DancingInTheStreetsChi! Catch us live at the 2021 street fest in #WestTownChicago August 7 to enjoy some seriously hot jams and majorly refreshing cold brews. For all the details, be sure to visit www.dancinginthestreetschicago.com. 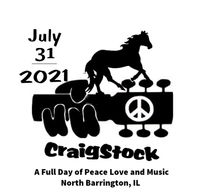 We wrap up our whirlwind Lake County tour at one of our favorite spots, The Toadstool Pub in Highwood as Kevin Purcell & Friends return for a night of boot stompin' Blues! NO COVER 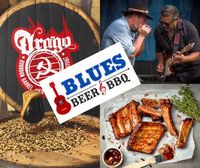 Join us for a fun day of fresh BBQ, special beer tappings and live music from Kevin Purcell & the Nightburners.

Tickets are $25 in advance and $30 at the door, which includes food and 2 beers.

Kevin Purcell and Friends have been playing around Chicago for 30 years playing Blues/Southern Rock on stages from all over the Chicagoland area ultimately representing Chicago at the International Blues Challenge in Memphis where we competed against 225 bands from around the world to finish in the top 9 in the finals at the Orpheum Theater. That lead us to playing at The King Biscuit Blues Festival in Helena,Ark (the biggest blues fest in the south, twice) to playing in Las Vegas at The Riviera.

$10 (which includes $5 OFF DINNER upstairs at Primo with show tickets valid on date of the show.)

Your favorite blues band will be playing some of our original tunes, as well as all the classics you know and love, plus a few new ones you're sure to enjoy all on the scenic shores of the Fox River.

Plus YOU'VE GOT TO SEE OUR BACKBURNER HORN SECTION... Mitch the Lip on Trumpet, Rob Calabro on sax, joining us for a night of funky rockin' blues with horns!!!

And if that wasn't enough...

We are so excited to have one of the premier guitar players from the Chicago area joining us, the amazing Dennis Costas will be joining us for a night of smoldering blues with a Rockin' horn section!!!'

So Make Your Plans to Be at the Broken Oar Friday Night! We'll be playing outdoors so a-rockin' good time will be had by all! See You Friday!

Kevin Purcell and the Nightburners

Get the latest Nightburner updates

Check us out on